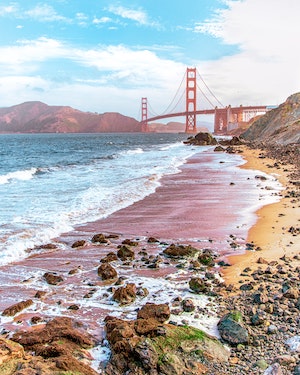 A Tribute to the Life of Mr. Marcus DeAnthony Morgan

History informs us that Sunday, February 19th, was the 50th day of the year 1984 in the Gregorian calendar. The number fifty holds biblical significance and was considered the Year of Jubilee—a time of freedom! Oh, what freedom was felt by all who witnessed the entrance of Mr. Marcus DeAnthony Morgan. For the next 38 years, he would fulfill his God-given assignment to continue sharing freedom, liberty, jubilation, and endless peace to those he encountered.

CHAPTER ONE: FREEDOM ARRIVES—It’s A Boy!

Mr. Marcus DeAnthony Morgan was born on Sunday, February 19, 1984, in Gadsden, Etowah County, Alabama to Ms. Juliet Denise Morgan and Mr. Russell Gibson. He joined his older
brother, Jarvis. This duo became a trio, completed by their baby brother, Breyner. It has been said that “it takes a village to raise a child.” Marcus was blessed to have been positively
impacted by a village that included his loving grandparents, the late Mr. Eddie James Morgan, “Grandaddy” and Mrs. Doris Ann Stokes Morgan “Big Ma”, whom he later shortened to simply
“Mama”. Marcus exhibited respect to all but held the women in his family: his mother, grandmother, aunt, and cousins in high regard. Freedom Arrives! Although Marcus was destined to bring a sense of freedom to a dark world, he humbly recognized that Jesus was the source. Marcus accepted the Lord, Jesus Christ, at an early age and was baptized by the late Rev. Reginald Rowser at the Bethlehem Missionary Baptist Church, West Gadsden. In later years, he built a personal relationship with the Lord through independent bible studies. He enjoyed streaming sermons through digital outlets, which was a great inspiration to him. Freedom arrives!

Even as a child, Marcus was well-revered, admired, and respected among his family and friends. He was sure to bring joy, laughter, humor, and yes, loving aggravation! Nobody could aggravate you like Marcus and it made you love him even more! On the home front, Marcus was the peacemaker and was admired by his mom, grandparents, aunts, uncles, and cousins. The Morgan cousins had a special bond that felt more like a brother-sister bond. What was lovingly called “Big Ma’s” house, was the meeting place for “the cousins”. Many meals were shared, laughs were had, and games were played. Truly, “The Wonder Years”. Marcus was educated in the Gadsden City School System, graduating from Gadsden High School in May of 2002. He was proud to have been a part of the football team’s heyday, having experienced several successful seasons that resulted in local and regional victories. He was once featured in The Gadsden Times for leading the team to victory with a 15-yard touchdown. Upon graduating, he matriculated at Jacksonville State University (JSU) where he studied to earn a degree in Nutrition and aspired to become a Dietician. He was a joy to all who met him and there was never a dull moment with him. His humility, quiet spirit, and mild manners will certainly be missed.

Marcus had a determination that was unmatched. He positioned himself for success and met every challenge with great stride. While a student at JSU, he committed himself to his studies
while also maintaining a full-time job. Marcus was employed by Sears and later Goodyear Tire and Rubber Company where he was a dedicated employee for nearly 15 years before their
closing. Instead of settling for life handing him lemons, he made lemonade! He relocated to Huntsville, AL where, at the time of his passing, he was enrolled to complete his degree. He
never gave up! He also became interested in trading and the stock market, trading as well as other investing platforms.

Marcus was a regal man of impeccable character. He was respectful, polite, caring, and dependable. Though preferring to stay in the background, he was always “there”. Marcus’s
“there” was not always physically, but he never missed an opportunity to be represented. During family functions, and events planned by the cousins, Marcus always made sure that it was
successful. Often, he would cover the cost of whatever we needed and would sometimes surprise us and come through with his amazingly delicious food! He was a gourmet cook who was not afraid to try new recipes. Additionally, he enjoyed shopping for the latest styles—he was always well dressed and fashion forward. He, too, enjoyed traveling, football (he was an avid fan of Auburn University football), music, and was a car enthusiast. Though he had no children, nieces, or nephews, he was highly regarded by his younger cousins and loved the opportunity to spoil them.

CHAPTER FIVE: “IT IS FINISHED”

Though Marcus’s passing has left a void that can never be filled we, the family, humbly submit to the will of the Lord, being assured that He does all things well. Marcus joins many of family
who have gone on before us including: his grandparents: Mr. Eddie James Morgan and Mrs. Doris Ann Stokes Morgan, great-grandparents: Mr. George Stokes and Mrs. Josephine Coker
Stokes; Mrs. Annie Morgan Drake and Mr. Theodis Morgan; and special aunt: Mrs. Catherine Stokes Smith. He leaves to cherish his memories and honor his life: his loving mother, Ms. Juliet Denise Morgan; father: Mr. Russell Gibson; two devoted brothers: Mr. Jarvis Morgan and Mr. Breyner Morgan; uncles: Mr. Ricky Morgan, Mr. Patrick Morgan, Mr. Stefan Morgan, and Mr. Donald (Jeronda) Morgan; aunts: Ms. Alisa Morgan Termon, Mrs. Becky Morgan (Herman) Hires, Ms. Chetina Morgan, and Ms. Rhonda Morgan; special cousin, loved like a sister: Kamyla McGruder-Hill; a host of first cousins and their children/grandchildren, whom he loved dearly, and other extended family including great aunts and uncles who are too numerous to list.